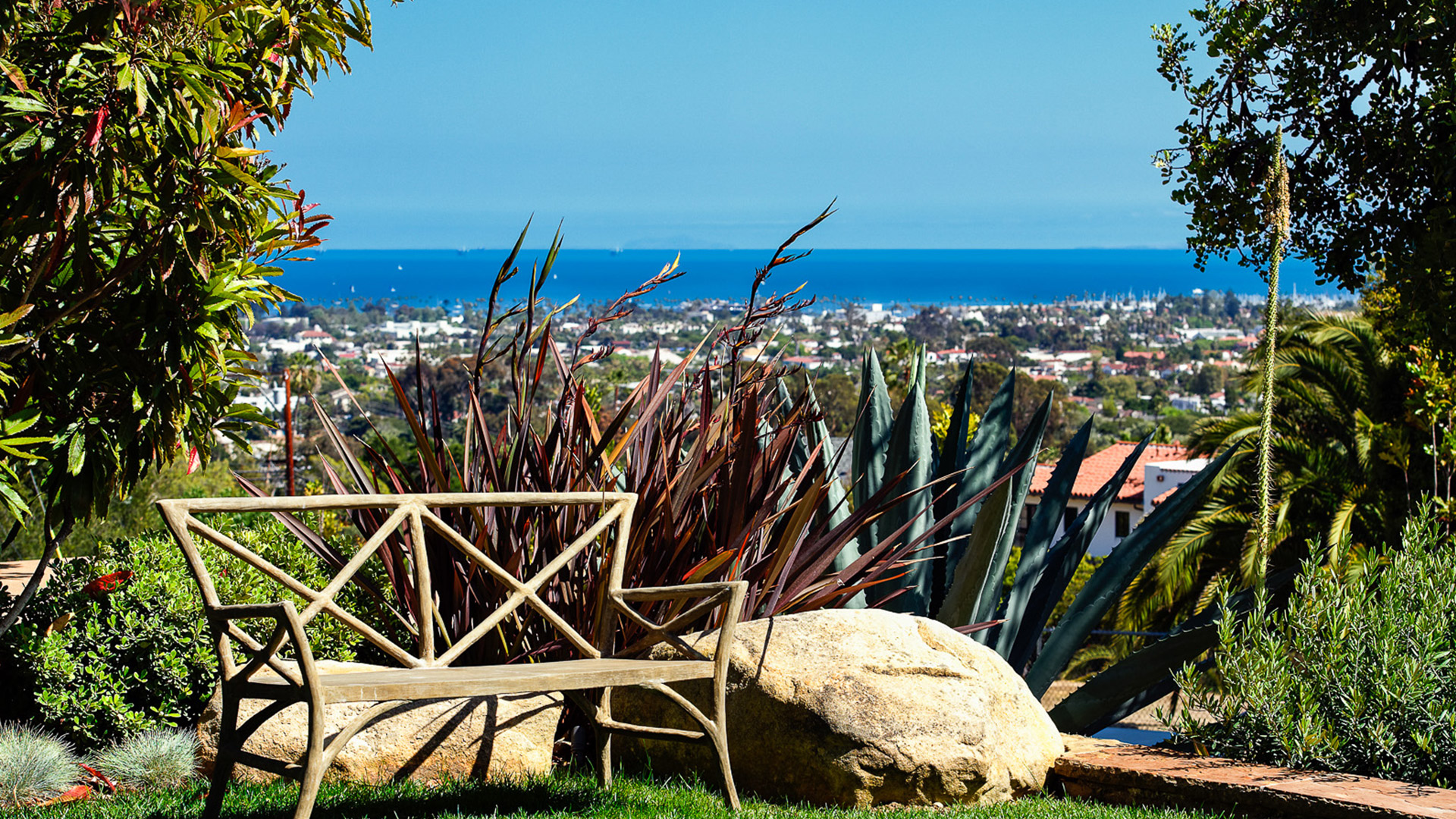 Montecito is an unincorporated census-designated place in Santa Barbara County, California. According to the Montecito Community Plan, Montecito is bounded on the north by East Camino Cielo Road; on the east by Ortega Ridge Road and Ladera Lane (with Summerland on the east side of Ortega Hill Ln.); on the South by the Pacific Ocean, and to the west by Olive Mill Road. Montecito does not include areas such as Coast Village Road, which while usually considered part of Montecito, are actually within the city limits of Santa Barbara, located directly to the west.

Montecito occupies the eastern portion of the coastal plain south of the Santa Ynez Mountains. Parts of the town are built on the lower foothills of the range. Notable roads spanning Montecito include East Valley Road, Mountain Drive, and Sycamore Canyon Road, all of which form part of State Route 192. In addition, the U.S. 101 freeway runs along the south end of town, connecting it with other cities in Santa Barbara County and the rest of Southern California.

Montecito has 3,010 single-family dwellings. The community is consistently ranked by Forbes magazine as one of the wealthiest communities in the United States.

Hope Ranch is an equestrian community sandwiched between Santa Barbara and Goleta that features over 25 miles of horse riding trails.

Carpinteria and Summerland are two sleepy seaside towns just south of Montecito. Summerland was built on a set of bluffs right next to the ocean while “Carp”, as the locals have affectionately coined it, is located in the fertile Carpinteria Valley. Cultivating a relaxed, sun-soaked lifestyle, the coastal retreats are rife with beach bungalows, shabby chic boutiques, home-grown brunch spots, and quaint antique shops. The areas evoke a kitschy beachy vibe and offers laidback living at its finest.

Tucked behind the coastal sanctuary of Santa Barbara lies the tranquil Santa Ynez Valley. Picturesque rolling hills dotted with ancient oaks give way to abundantly sunny skies. Once recognized as the Arabian horse capital of the US, the valley now houses a myriad of equine breeds, sprawling horse and cattle ranches, a bevy of vineyards and wineries, lavender farms, and olive orchards. Rustic ranch living has been made modern with exquisite culinary destinations, restaurants, bars, and boutiques. One of our favorites? The restaurant “Sides.” Their Diver Sea Scallops are unrivaled.

Goleta is a city in southern Santa Barbara County, California, US. It was incorporated as a city in 2002, after a long period as the largest unincorporated, populated area in the county. As of the 2000 census, the Census-designated place (CDP) had a total population of 55,204, however, a significant portion of the census territory of 2000 did not incorporate into the new city. The population was 29,888 at the 2010 census.

It is known for being near the University of California, Santa Barbara campus, although the CDP of Isla Vista is closer to the campus.

Reviews on Zillow
3052478
"I can't recommend Tiffany and Cathy enough. We have had a issue with Santa Barbara County that dragged escrow out for almost 2 years. Through all of ... more "

As multi-generational Santa Barbarans with a deep love for the community, we’ve utilized our KNOWLEDGE, STRENGTH AND EXPERTISE to become a leading team in Santa Barbara real estate.
Loading Comments...